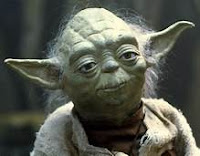 Yes, straight from the master! When you are in this programme, try is not really an option because it is a call for self-sabotage!! 😐

See, I have tried and failed to be 100% on plan for years. Trying to beat the system, rationalizing my deviations (big or small), and false hopes of thinking that I can always rein it in. Years later, I'm still doing the same mistakes.

Insanity right? But why do I this to myself? Lack of willpower? Procrastination? Not a fan of delayed gratification? Why? Knowing what I know and I continue to fail so many times.. The plan is not difficult, it is restrictive, but not difficult at all. The guess work is removed and all you have to do is to follow it. WHY is it so hard to stay OP? I have to dig deep :D uff..

Taking it one day at a time, I managed to end the day deviation free. Its not without difficulty though. I'm craving all sorts of things like cup noodles!! Hmmm..

Feeling really tired too. Hint of TOM showed today.. so its going to be a rough week..

Ok, so I've been little miss grumpy the past few days. Blame it on the PMS or the detox and the lack of sleep but I am determined to change this!

I sifted through Koh's Classics and came across a post that I have read  before but only resonated with me now - the Physical Changes apart from Weight Loss. Amazing read! Its was entertaining to read the positive (and even some of the negative) effects of taking on the diet.

I started to look forward to the things as I continue to be on the plan  - deviation free. Aside from the previous pics that I keep looking back on, I imagine certain scenarios of me coming to office all thin and healthy with majority of the people and players seeing me after almost 7 mos. The compliments, and the well meaning "You're too thin!" comments. I couldn't care less (is this sentence grammatically correct?? :D I've heard it so many times, and I cant wrap my head if it is or not for some reason...)

I look forward to:
After this, mood has improved tremendously. Well, I'm still irritable due to the lack of sleep and PMS but I felt the excitement come across me. I'm sure there's more but for now these are it. I cant wait!!! 😺

So I'm back and I lost 4 weeks due to an unavoidable circumstance.

I weighed yesterday, up by 4kgs. whoa.. NOT CHANGING MY TICKER!

I could have been back on plan 3 days ago but its so hard to stick to it. Just so easy to order every bad think I want on Uber Eats or Zomato..

Haven't been sleeping well too. My sleep patterns have changed, I could as well be living on the other side of the world. My nights have become my days and my days are spent sleeping. Now that I'm back at work, I am struggling!

I'm not going to reset my day count as I am extending my current plan by purchasing another 3 months of support (online clinic). Apparently I cannot get my refeed if I dont do this.

Feel like shite today. Didnt bother to weigh myself in the morning.

PMS symptoms on and rocking. Feeling tired, heavy and sleepy too. Hungry as well.

I also suspect that I'm not good with hummus.

It took some effort to be deviation free today, and lots of water and caffeine.

Craving or feeling hungry quicker than the other days. Don't know why.

Last night, I had to really control myself in eating the nuts at home. I was so close to breaking but my reward showed up in the scales this morning :)

2 hours before my 2nd meal, I felt hungry. It didnt help that my colleague was having McDonald's french fries and the other one a McFlurry. Post the 2nd meal at 3:30PM, I felt the hungry strike after an hour..

What's going on? I was so tempted to give in.. There's a bunch of sweets from my colleague that's just sitting right in front of me for about 2 days now and I havent caved (yet). But I waaaannnnt!

Later in the afternoon, my friend from Netherlands messaged me that she wanted to meet up as she is flying back tomorrow morning. I havent seen the woman in 10years! But I didnt have my dinner with me. Even though I felt there is a huge possibility of me deviating, I still went to see her as i dont know when i will see her again.

Least to say I caved and ate. Ate chicken kebab, hummus, salad, bread, and had a few teaspoons of muhalabiya.

I was hungry and craving. I didnt know which came first but I just wanted to eat!!!!

As I was driving home, I realised why. Its probably because my TOM is just around the corner.. 7 days to be exact. I havent been sleeping well too. Thats the only reason I could think of as I was deviation free since the 40th day. :'(

What a tiring day!  I'm trying to sort my issues out and have hired a lawyer. I have a hearing again on the 26th and until then, everything will be as normal.

I've shed my weight gain as of this morning! Yay! Back to my weight prior to the incident last week. I hope the scale continues to go down.

Pretty tired but I'm thankful. I was also craving in the evening for nuts :/

Good news, I wore the biggest pair of slacks that I owned in 2005 today!!! The pants were intended to be worn as baggy/loose (wide legged and all) but I'm not complaining. IT fits! I cant wait for the other clothes to start fitting me!!!!


Other than that, I'm on plan and deviation free with the scale stuck on my gains. I sometimes want to kick that scale. Right now, I think I'm more concerned about buying another 3 mos of support from the online clinic than the weight loss itself. I shouldn't be spending USD 159!!!

A friend was visiting the country and I met her for dinner. I ate my packed meal and enjoyed the chat. It was good to see her.

I informed my consultant about the 3 days I was off plan and asked if she has tips for me to recover my losses quicker (if there is such a thing). She just said to stick to the most filling meals and that the first 4 days will be hard..  😒

I can't help but feel that it is unfair! I was pushed in a situation that is really OUT OF MY CONTROL and now I'm suffering for it and will suffer for who knows how long.

I'm not updating my ticker and will only record my losses. 20 kgs to go.. goal weight seems so far away.


Reached home this evening and my bf was craving for chocolates. He took the liberty of being off his plan while I was away and I said "NO!". I was in fact afraid to let chocolates back inside the house. I seriously felt that once they are back, we're in for a downward spiral.

After reading as much as I could on the forum and on the wide web, I know that right now, I'm holding the floodgates really well, but if I slip.. I would be sorry for it..

I'm glad he listened. But my mind wandered off to my favorite chocolate brand Laederach. Gosh, I would love a piece of this.. This is the only chocolate that I didnt eat in 1 sitting. A small piece was enough to curb the craving. I bought around 40 CHF worth of chocos at that time. It was/is expensive, but it lasted me for 2 weeks, instead of 2 days!!

How do I get to the point that I can control my chocolate intake? That I dont end up eating a whole pack every single time? My mind just answered -- AWARENESS. I just need to be aware and sensible all the time. But, easier said than done huh?

After the situation I had the past 3 days, I am more than eager to just get back on the plan and not to think about how much more delay I'm going to face with regards to my weight loss.

I got tempted to have an off day, like take this day as a cheat day and order in or just relax, but I didnt. Like a good girl, I cooked my meals, ate them on time, took my vitamins, crackers 1 DC but no fruits for today. I'm guessing I have some sugar overload from the paratha roll and pizza slices I had.

Did nothing much today but relaxed and slept. God knows I didnt sleep much at all during that time.

It started on the evening of the 37th Day, went to the mall for movies with friends. Little did I know that the mall had started with the use of facial recognition cameras and I was taken by the CID as I have a case from one of the banks here. That night I had my dinner with me and crackers so plan wise I was fine.

To cut things short, I was detained and was fed with whatever food they supply. I had no choice but to eat what they gave but i tried to eat as healthy as possible. Only ate the meat and not the bread or rice, cheese or yogurt if available. On the 39th day, I got transferred to another CID office in another Emirate and I only got to eat past 2pm and they gave me a paratha roll. I was so hungry I wolfed down the whole thing, dinner was pizza (can u imagine?) The night shift staff ordered pizza and they gave me some. I was torn between eating it and waiting for next days breakfast but i dont know if i will have it as I dont know whats next, so I ate. Day 40 was a lot of waiting and negotiating with the bank which didnt even want to meet halfway so I waited for a schedule with the court. Finally, i got an appointment on the 18th and got out by giving my passport until i finalise the fine that the court will give and pay it.

Reached home at 4am on Day 41. Woke up at 12noon and had my breakfast (so this means i will have my lunch at 5pm and dinner at 10pm). Weighed myself and I gained 700grams.

To be honest, I was calm throughout. I didnt get that gut wrenching feeling. I was surrounded by good people all the time and it was more of waiting around. I learned a lot as there are a lot of people being detained for financial reasons as the work economy is really bad or getting there. I just have one hurdle this tuesday.

Whoohoo! This day was lovely. We went to Wadi adventure for some water rafting and zipline and we ended closing the place :D It was so much... 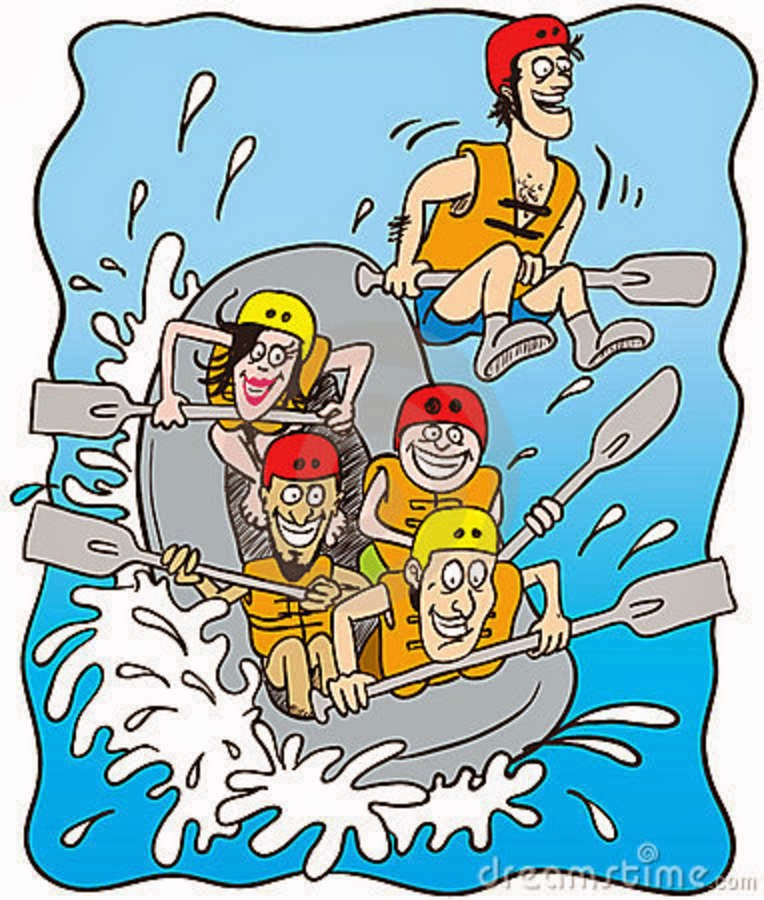